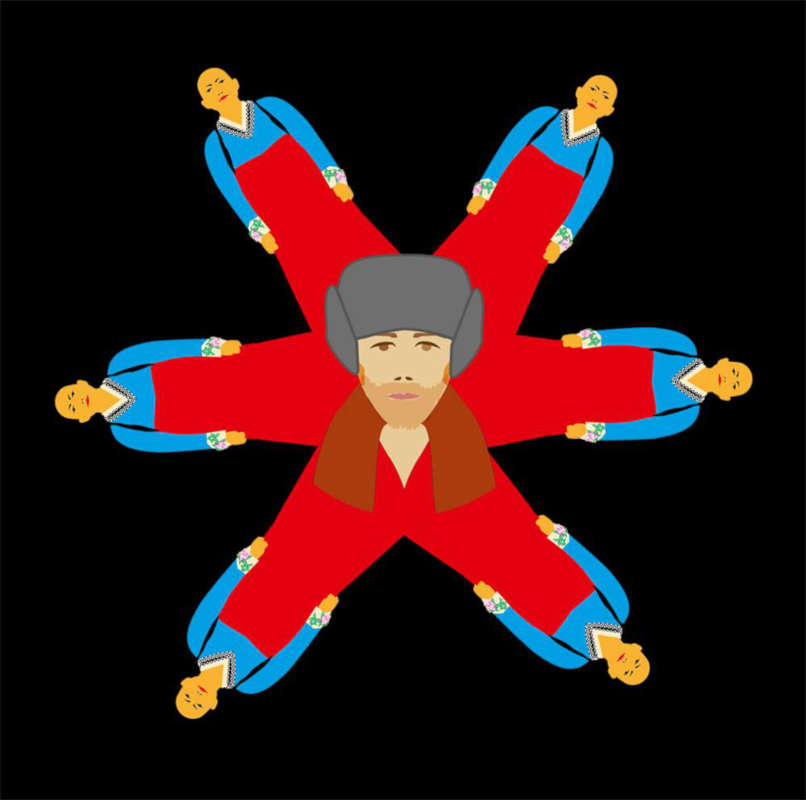 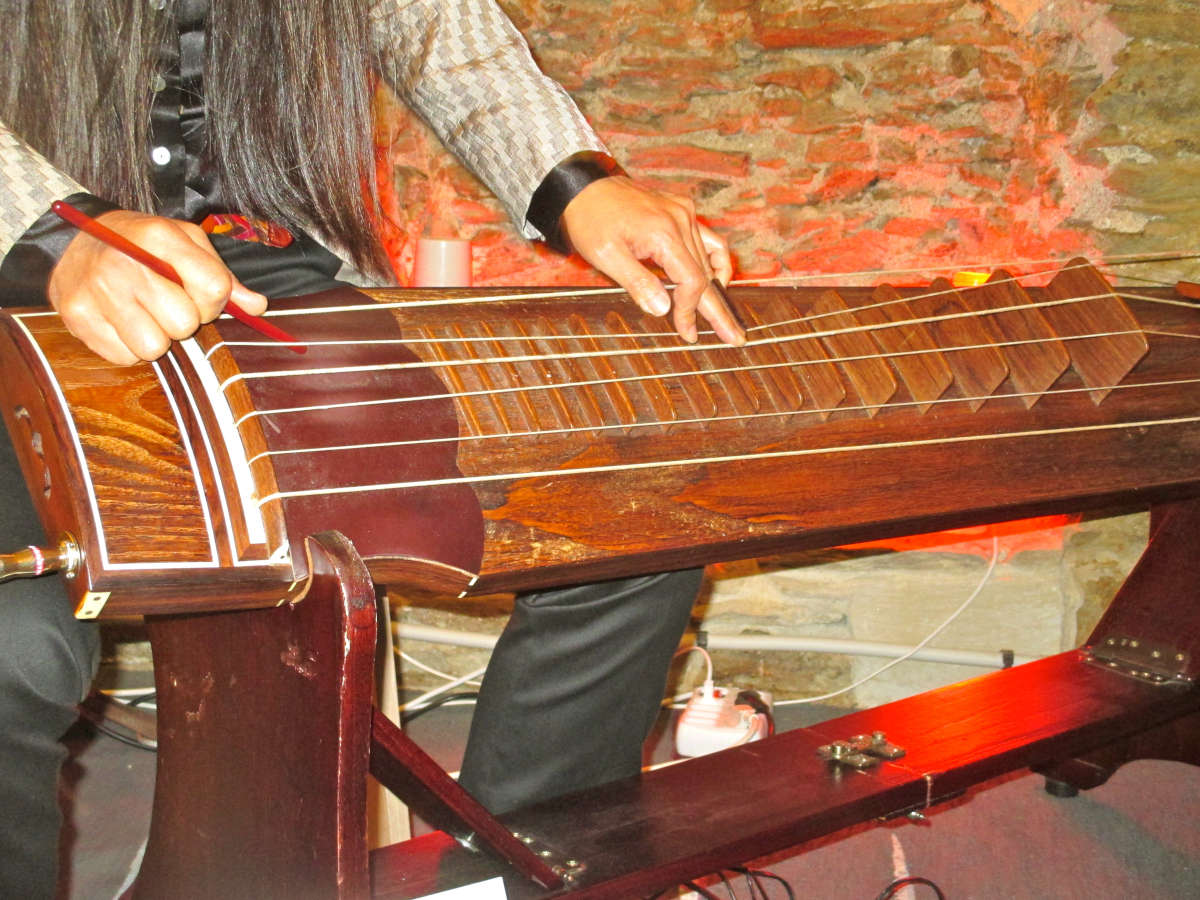 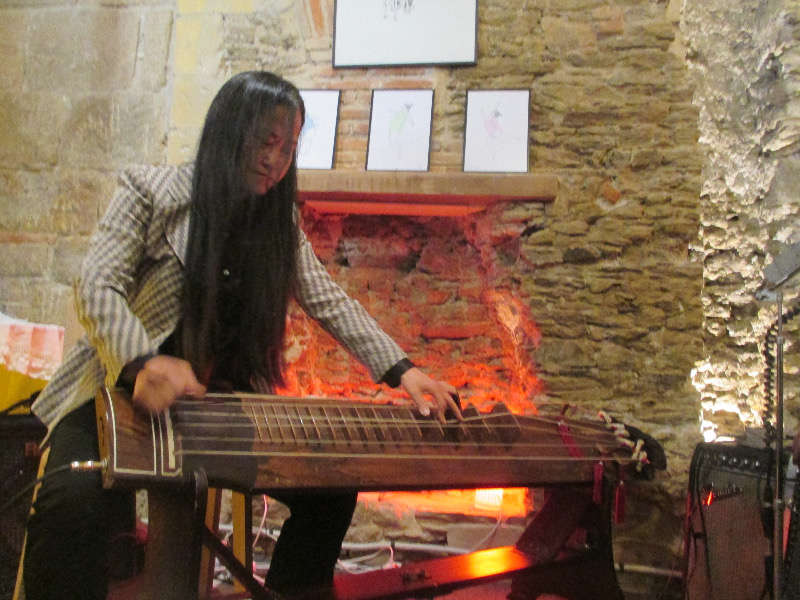 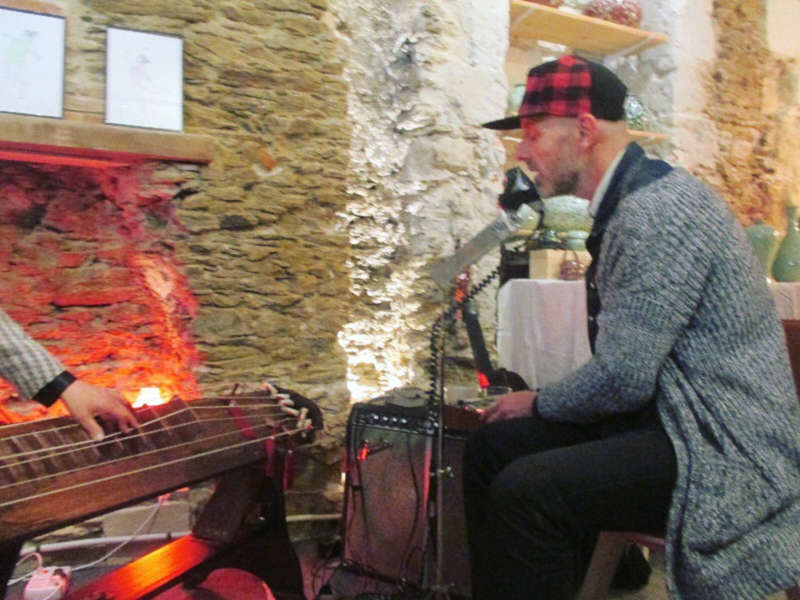 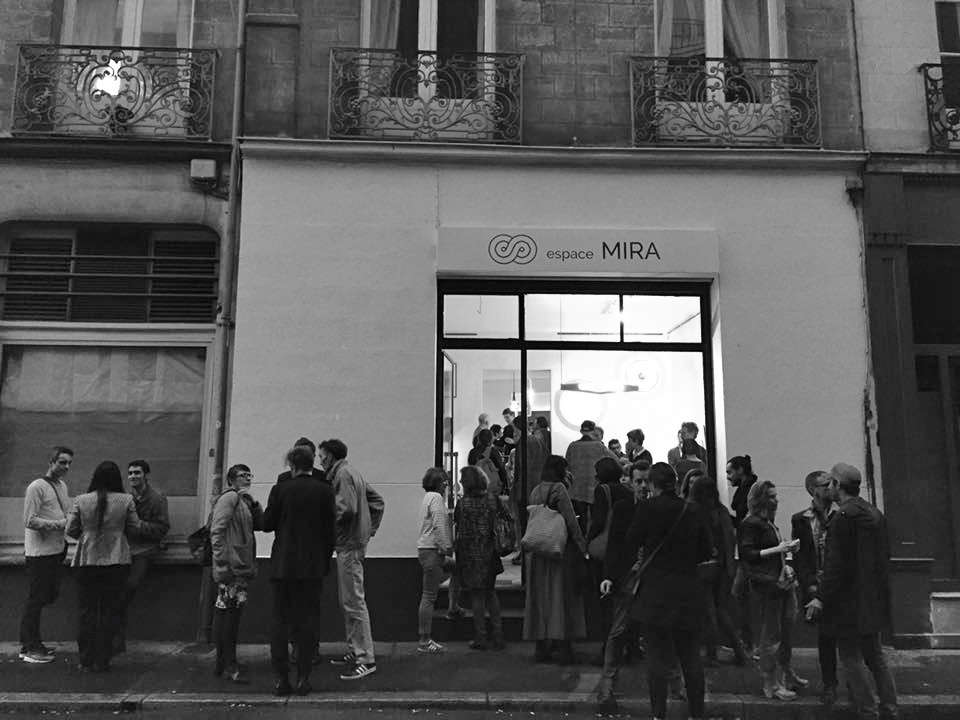 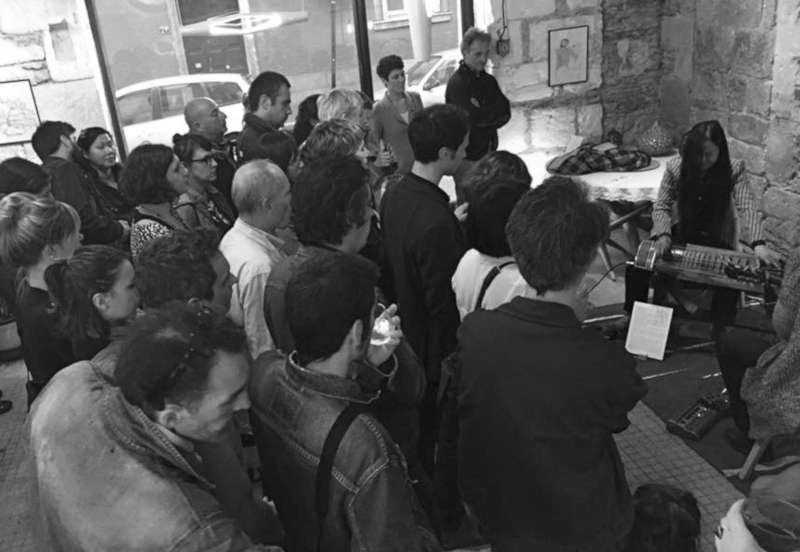 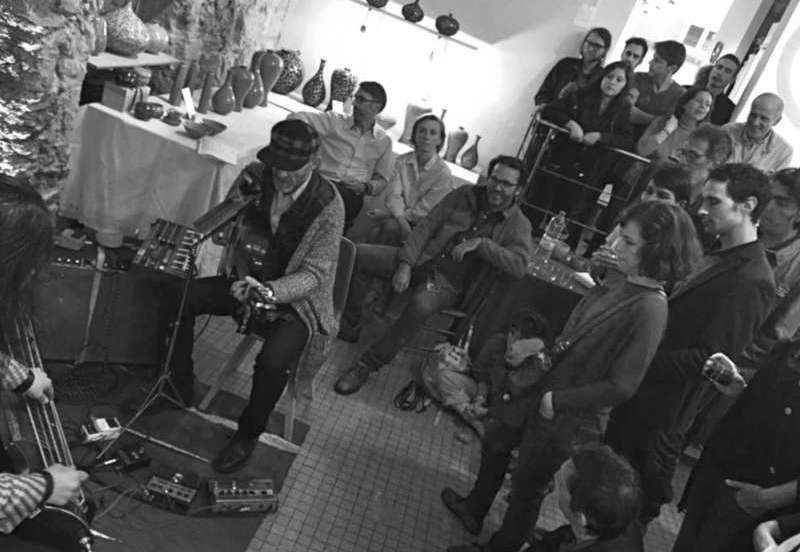 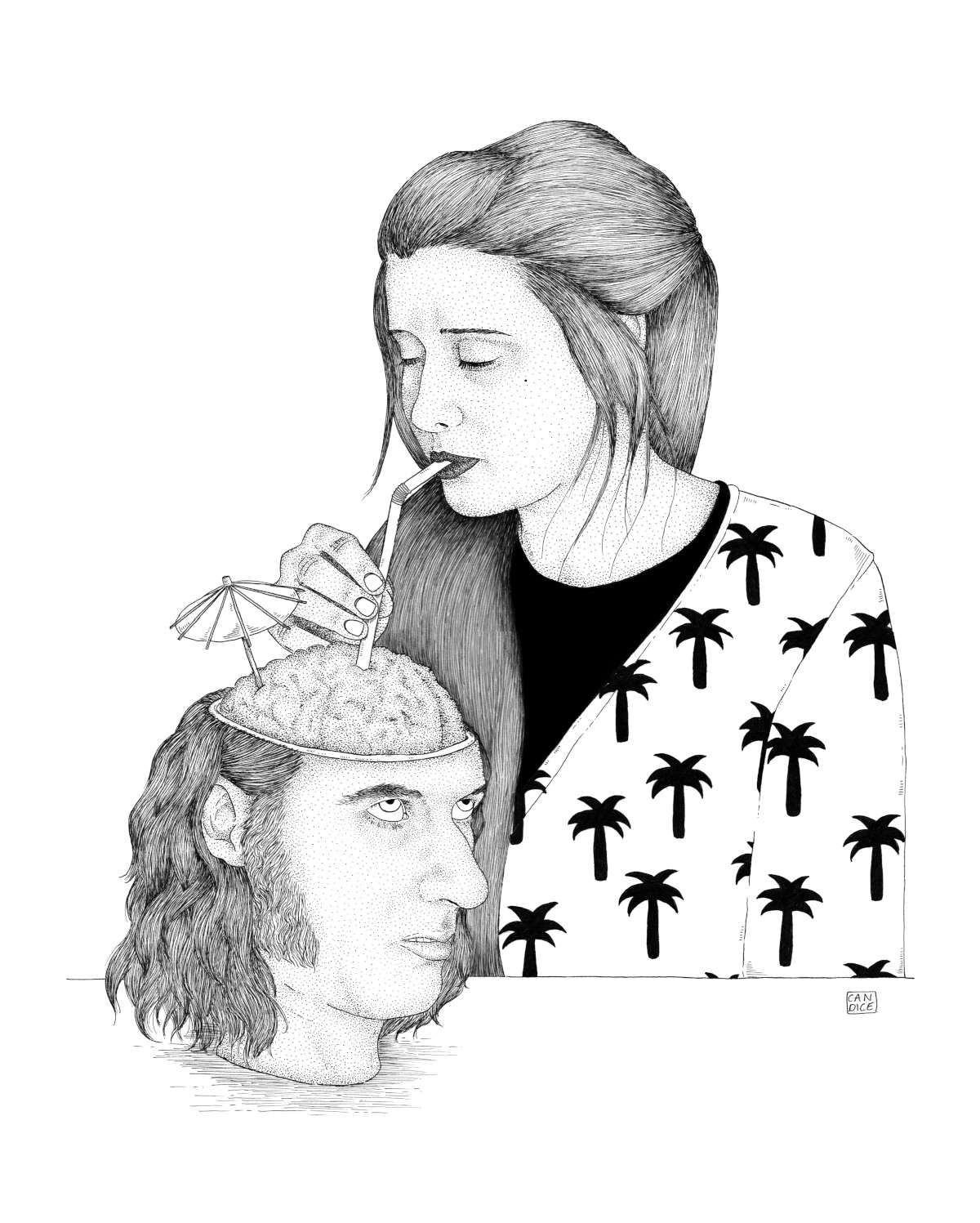 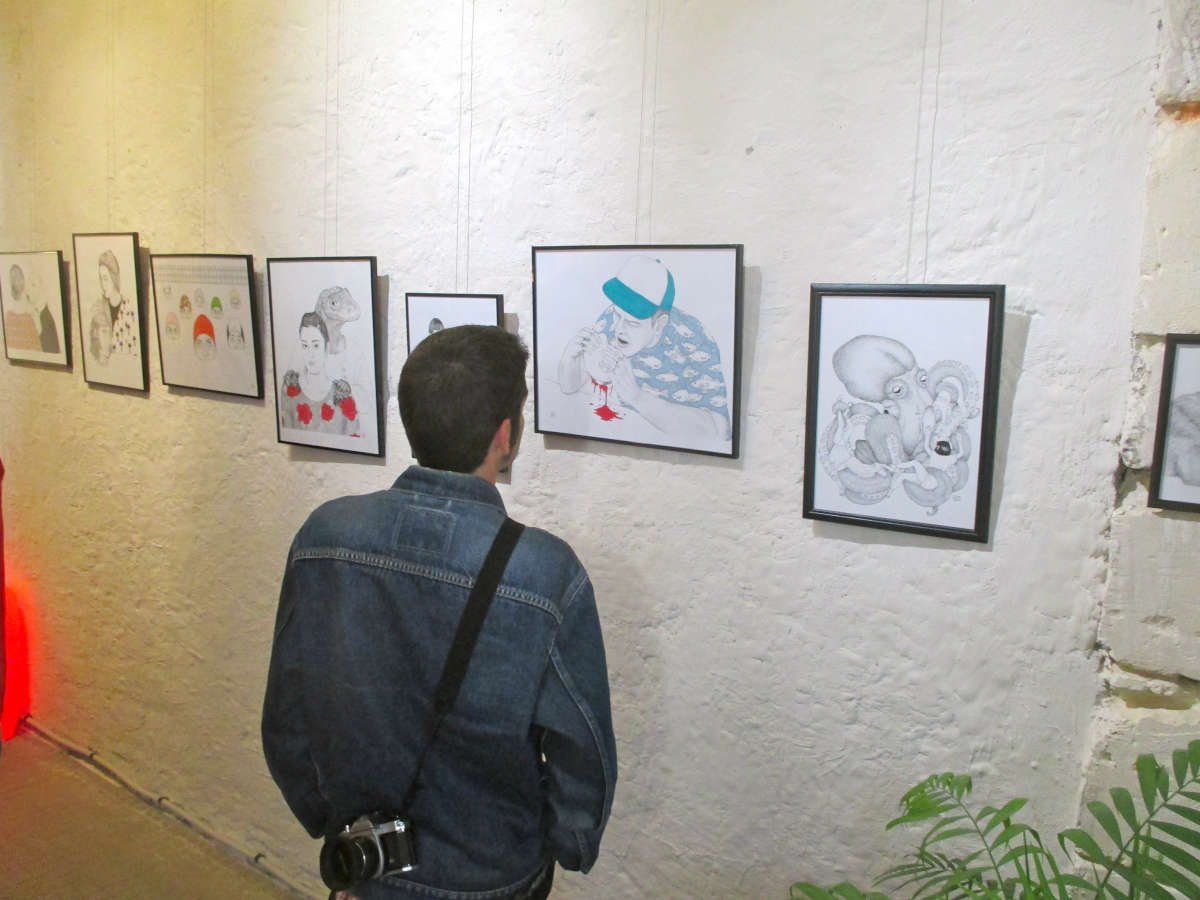 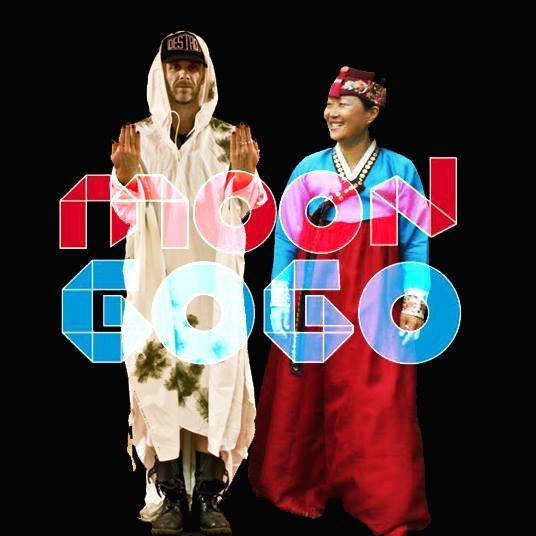 On one side, E’Joung-Ju, a classical music player who makes the six long strings of her instrument rumble, moan or whisper. The geomungo has sometimes been described as the «Chief of the Hundred Musics» and here it actually is, in turns threatening thunder, gentle lament or heady groove. On the other side, Federico Pellegrini, keyboard played with one finger, guitar played with not much more, hyperfuzz pedal when needed and, most of all, that kind of singing that takes you higher in three inflections. The music they play together is invariably sober and obsessive, elegant and slightly dishevelled, intimate and smoothly punk. One might call it slightly untidy chamber music !
The duo started at the end of 2013, as a commission by a concert venue in Nantes. Since then, the transcontinental pair has been patiently building their own playground in the unstable kingdom of the in-between with a first album, « International », released at the end of 2015 and their great performance skills have done won­ders on stage (ex : Les Tansmusicales in 2016, at Sfinks Mixed or Levitation France in 2017) with Olivier Valois aka Valoy at the sound.